All Catholics to benefit from new Evermode Institute in Springfield 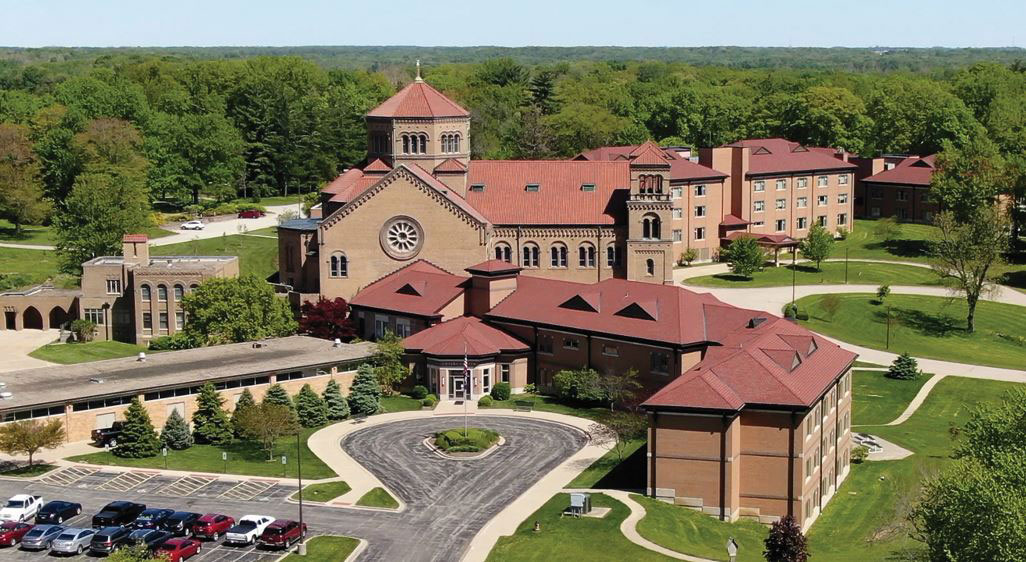 An exterior view of the Evermode Institute in Springfield. 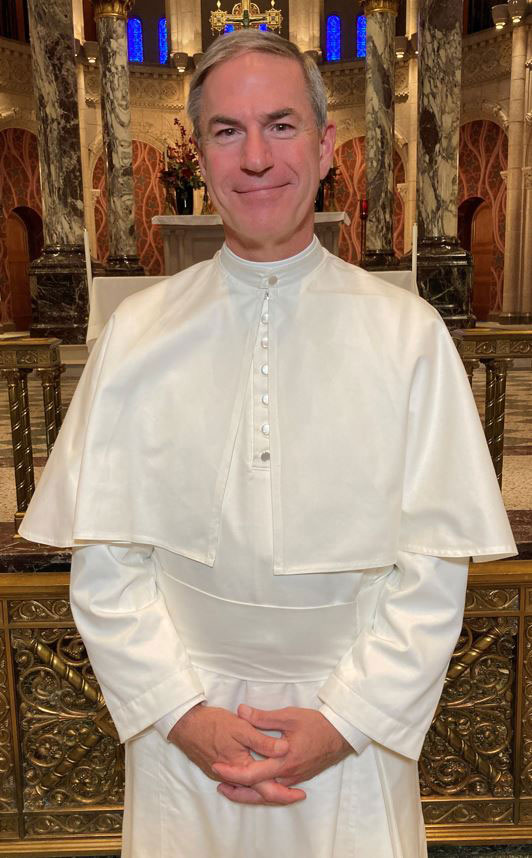 Father Augustine Puchner was serving as pastor of a large, multilingual parish with a school in the Diocese of Orange in California earlier this year when he was approached by the abbot of his community with a new assignment. He remembers that moment as “a day my life changed.”

“I didn’t know too much about Springfield, Ill.,” Father Puchner said with a laugh.

Since that moment, he has come to  know a lot more about Springfield. That’s because Father Puchner, a priest of the Norbertine Fathers of St. Michael’s Abbey based in Orange, was given the assignment of being the prior of a community of Norbertine Fathers who are tasked with opening and leading the new Evermode Institute in Springfield, which the Diocese of Springfield in Illinois announced plans for last March. The Evermode Institute is something that is expected to become one of the nation’s top centers for Catholic spiritual and intellectual formation, opening in July 2023.

“The Evermode Institute will teach and train the teachers and administrators who themselves are in positions of responsibility and influence in regard to teaching the faith,” Father Puchner said. “Our mission is for the glorification of God and the salvation of souls through the imparting of Catholic doctrine, true Catholic teaching, in regard to all the aspects that will help school principals, administrators, teachers, directors of religious education, catechists, directors of RCIA programs — all of those involved in Catholic formation. They will be participating in the program in a variety of ways, and we’ll be offering classes that we’ll make sure that they themselves really know the faith and know it in a way that will give them the tools along with the enthusiasm and zeal to be even better teachers. But for all lay people, it will be a program that many people can benefit from.” 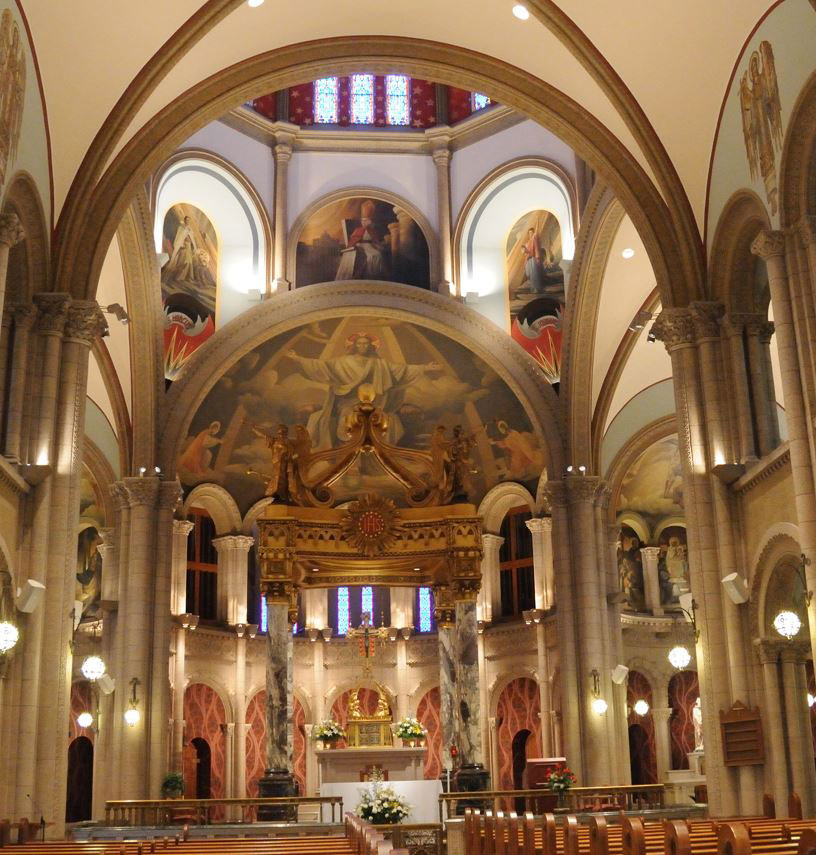 “It (the programming) will be at a level that is not overwhelming,” Father Puchner said. “It will start with a more basic curriculum to reinforce what our teachers already know about the faith, but maybe they don’t know the reasons behind some of the teachings or how those teachings can be effectively integrated with other teachings. So, it’s a comprehensive program of theology and spirituality. It will be accessible to the common person but it a way that will definitely elevate the knowledge of their faith.”

Located on Springfield’s northeast side on the grounds adjacent to the convent of the Hospital Sisters of St. Francis, the Evermode Institute includes St. Francis of Assisi Church, a large conference room, overnight accommodations for guests, and beautiful outdoor prayer trails, Stations of the Cross, and grottos.

“It’s an incredible gift, and we, the entire Norbertine Community, everyone realizes this is an incredible gift from God,” Father Puchner said. “The first time I came, and now that I am here, the beauty of the grounds and the property and the majestic beauty of this gorgeous church (St. Francis of Assisi Church), all this to glorify God and the mission of evangelization, faith formation, and celebrating the sacraments — it will be renewed in a very powerful way.”

“Our plan is to make this not only special for Springfield, but far beyond,” Father Puchner said. “There will be in-person classes at the Evermode Institute and electronically.

“The Nobertines have a long history of faith formation programs. We feel we bring a certain amount of gifts, talents, expertise, and experience in regard to the Evermode Institute which will really form the teachers and administrators to be even more well-versed in teaching and living the Catholic faith.”

For the past several years, the Norbertine Fathers were looking for another location in the country to grow their community as they have had to reject potential seminarians because they were full. This happened despite them completing a new and expanded home just last year in California.

Immersed in the 900-year tradition of their order, the Norbertine Fathers live a common life of liturgical prayer and care for souls. Their life at St. Michael’s Abbey in Orange, and next year in Springfield, is organized according to prayer of the Church: the Holy Sacrifice of the Mass and the Liturgy of the Hours. The public will be able to pray with them and attend Mass at St. Francis of Assisi Church, many of whom call the church a “gem of the Midwest” for its striking beauty, history, and relics on display.

The Evermode Institute (4875 Laverna Road, Springfield, IL 62707) is being established under the patronage of St. Evermode, a Norbertine prelate who died in 1178 and was a close collaborator of St. Norbert. St. Evermode is credited with great and effective works of evangelization and formation in the Catholic faith. 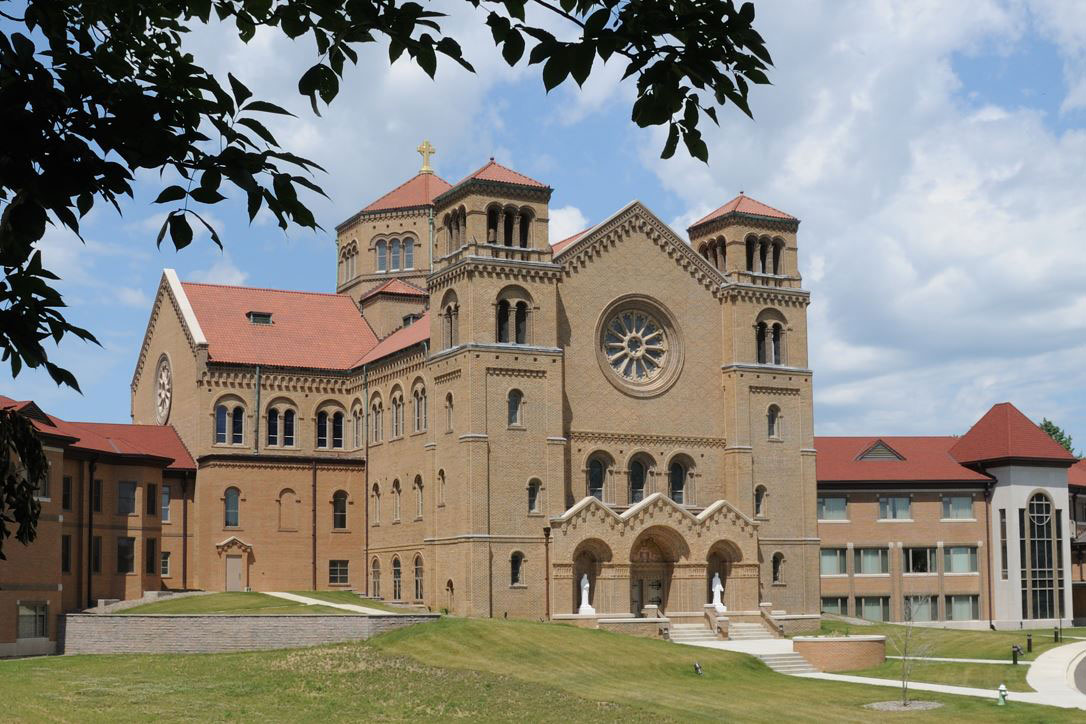 The front of St. Francis of Assisi Church at the Evermode InstituteIn addition to the Evermode Institute, the Diocese of Springfield in Illinois is also working with the daughter of one the most popular modern day Catholic saints, who announced plans to establish an international pilgrimage site and center very close to the Evermode Institute (a block or two away). Dr. Gianna Emanuela Molla, the daughter of Italian saint, St. Gianna Beretta Molla (1922-1962) and Pietro Molla, will establish the St. Gianna Beretta Molla and Pietro Molla International Center for Family and Life, which will be a peaceful place of prayer, learning, study, and spirituality for pilgrims geared to spreading the knowledge of and devotion to her holy parent’s virtues and, thus, to promote the holiness of the family and respect for the sanctity of all human life.

That means in the future, Central Illinois will be home to the Evermode Institute; the St. Gianna Beretta Molla and Pietro Molla International Center for Family and Life; Venerable Father Augustine Tolton, the nation’s first black priest who is buried in Quincy and who is on his way to sainthood; and Venerable Archbishop Fulton Sheen, who is buried in Peoria and is also on his way to sainthood. When asked if this area could therefore become a “Catholic mecca,” Father Puchner laughed and said, “That’s our plan.”

“After every meeting (with Bishop Thomas John Paprocki and his staff), we all agree that this can be huge,” Father Puchner said. “I mean, all glory be to God, we’ll do the work. God has chosen this place for a ministry that will be so far reaching and renew and reform so much in regard to Catholic education, Catholic formation, and sacred worship. It’s a lot to grasp, but we have great ideas and resources to make it all happen. It’s really exciting.”

Answers taken and edited from Andrew Hansen’s interview with Father Puchner on Dive Deep, the official podcast of the Diocese of Springfield in Illinois. To hear more of their conversation, go to dio.org/podcast or search “Dive Deep” on all the major podcast platforms. Make sure to subscribe to the podcast as a new one comes out every month.