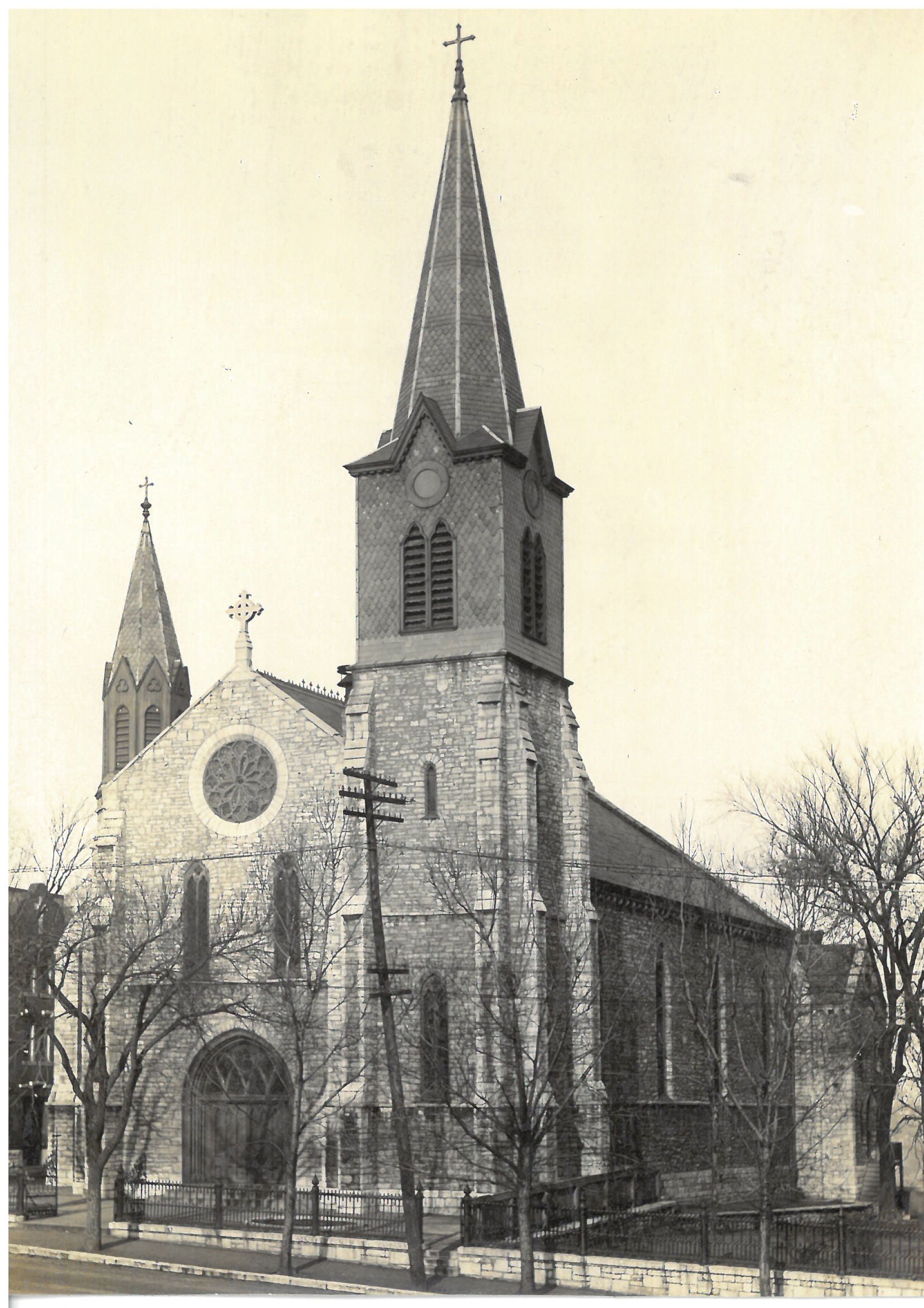 In 1857, what was then the Diocese of Quincy, became the Diocese of Alton, making Ss. Peter and Paul church the Cathedral of the diocese - at that time, the southern half of Illinois. Below the main altar are the tombs of the first two bishops of the Diocese of Alton, Bishop Henry Damian Juncker and Bishop Peter Joseph Baltes. The third bishop of the Diocese of Alton, Bishop James Ryan, is buried in St. Patrick's Cemetery.During the Year of the Eucharist in our diocese, Catholic Times and the social media channels for the Diocese of Springfield in Illinois will also get you ready for the 100th anniversary of the transfer of the diocesan See city from Alton to Springfield (October of 2023). This includes articles and photos about the rich history of our diocese, videos from the Office for the Archives and Records Management showcasing fascinating documents and objects from our history, and 100 trivia questions, so stay tuned!

In this edition of Catholic Times, we present to you a brief history of our diocese up to the See transfer and the pioneers that made our region flourish in faith.

By KATIE and P.J. OUBRE
Office for the Archives and Records Management
Special to the Catholic Times

Even though Springfield has been the See city of our diocese for just under 100 years, the story of our diocese spans over 300 years. The land that our diocese occupies was once the home to Illini Nations and the migration path of the Peoria, Kickapoo, and Kaskaskia tribes of Indigenous People.

In 1789, the newly formed Diocese of Baltimore included the territory that is now the Diocese of Springfield in Illinois. At that time, only a small population of Catholics lived in this area, practicing their faith in the settlement established by Father Jacques Marquette, who had arrived in the areas in 1673 with a group of French explorers. Since then, this area has passed under the administration of the Diocese of Bardstown, Kentucky (1808), St. Louis, Missouri (1826), and Vincennes, Indiana (1834). In 1843, the entire state of Illinois was formed into a single diocese with the See city in Chicago. 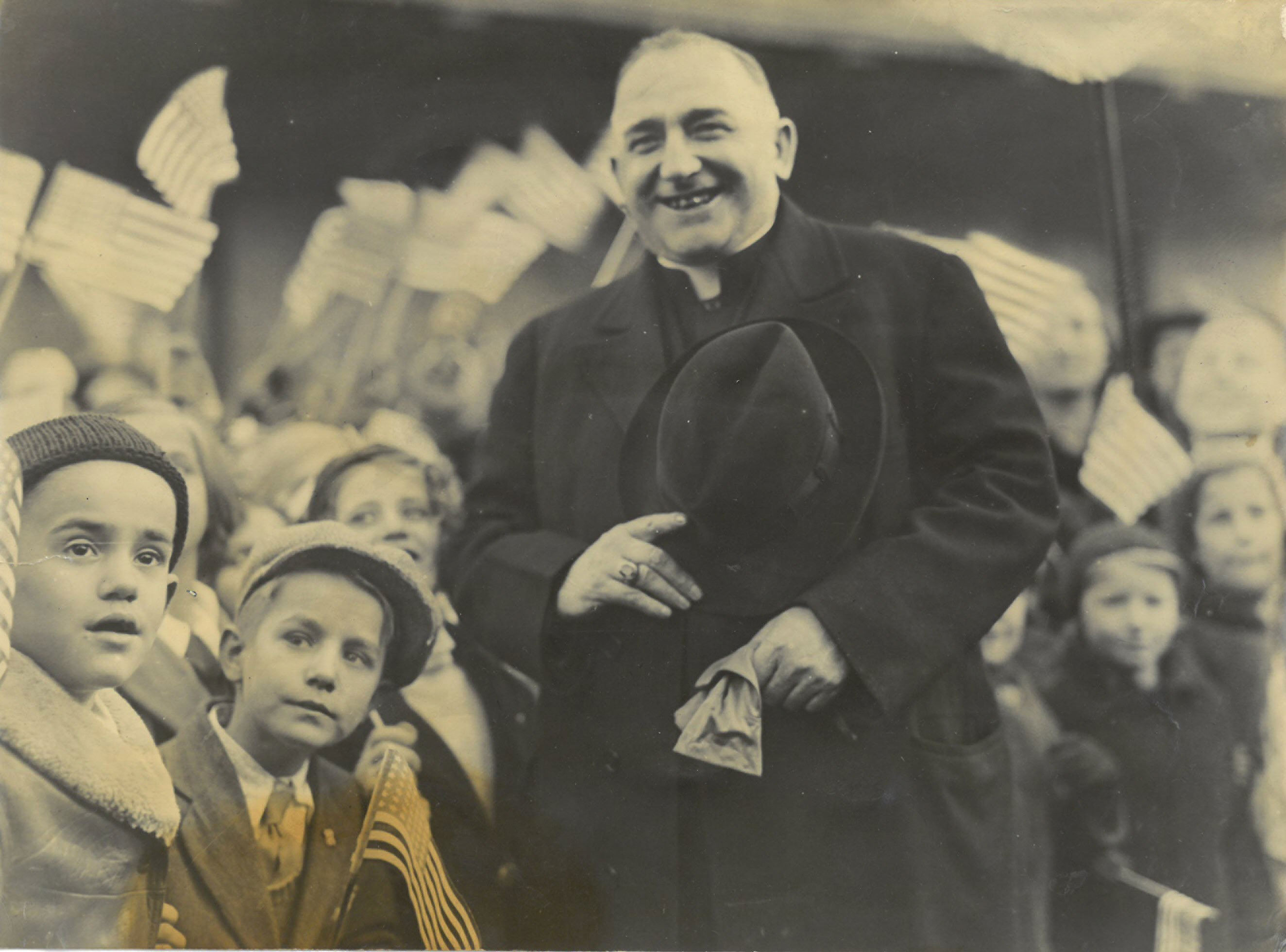 On October 26, 1923 Pope Pius XI transferred of the see of the diocese from Alton to Springfield. Just 12 days earlier, the pope had named James Griffin (pictured) as the first bishop of the Diocese of Springfield in Illinois. Griffin was consecrated at Holy Name Cathedral in Chicago, on February 25, 1924.In 1852, American bishops and archbishops met in Baltimore for their first Plenary Council.  There, they discussed creating more dioceses in the United States. They recommended that Illinois be divided, and on July 29, 1853, Pope Pius IX erected the Diocese of Quincy, which was comprised of the current Diocese of Springfield in Illinois and Diocese of Belleville. A bishop of Quincy was appointed but declined the honor. On Jan. 9, 1857, Pope Pius IX moved the vacant see to Alton and appointed Henry Damian Juncker, a priest from Ohio as the first bishop of Alton.

Bishop Juncker traveled to Europe and recruited priests and seminarians to commit to serve in the new diocese. Bishop Juncker built a solid spiritual foundation that made it possible for our diocese to flourish. He died on Oct. 2, 1868, having overseen the dedication and erection of over 50 local parish churches and missions.

The second bishop of our diocese was Peter J. Baltes. He was consecrated at St. Peter Church in Belleville on Jan. 23, 1870. Bishop Baltes actively recruited women religious for the Diocese of Alton and three communities established motherhouses. He stabilized the administration of the diocese and oversaw continued growth.

In 1887, upon the death of Bishop Baltes, Pope Leo XIII split the diocese in two, establishing the Diocese of Belleville from the southern portion of the diocese. Father James Ryan from the Diocese of Peoria was appointed as the third bishop of Alton.

Bishop Ryan had the longest tenure of any bishop of our diocese, serving a little over 35 years.  His episcopacy saw a massive rise in immigration to the area. Thousands of immigrants settled in Central Illinois and Bishop Ryan had to contend with providing religious services to more than a dozen ethnic groups. He steered the diocese through a period of growth and change and is best known for his role in expanding the Alton orphanage. Bishop Ryan died on July 2, 1923. 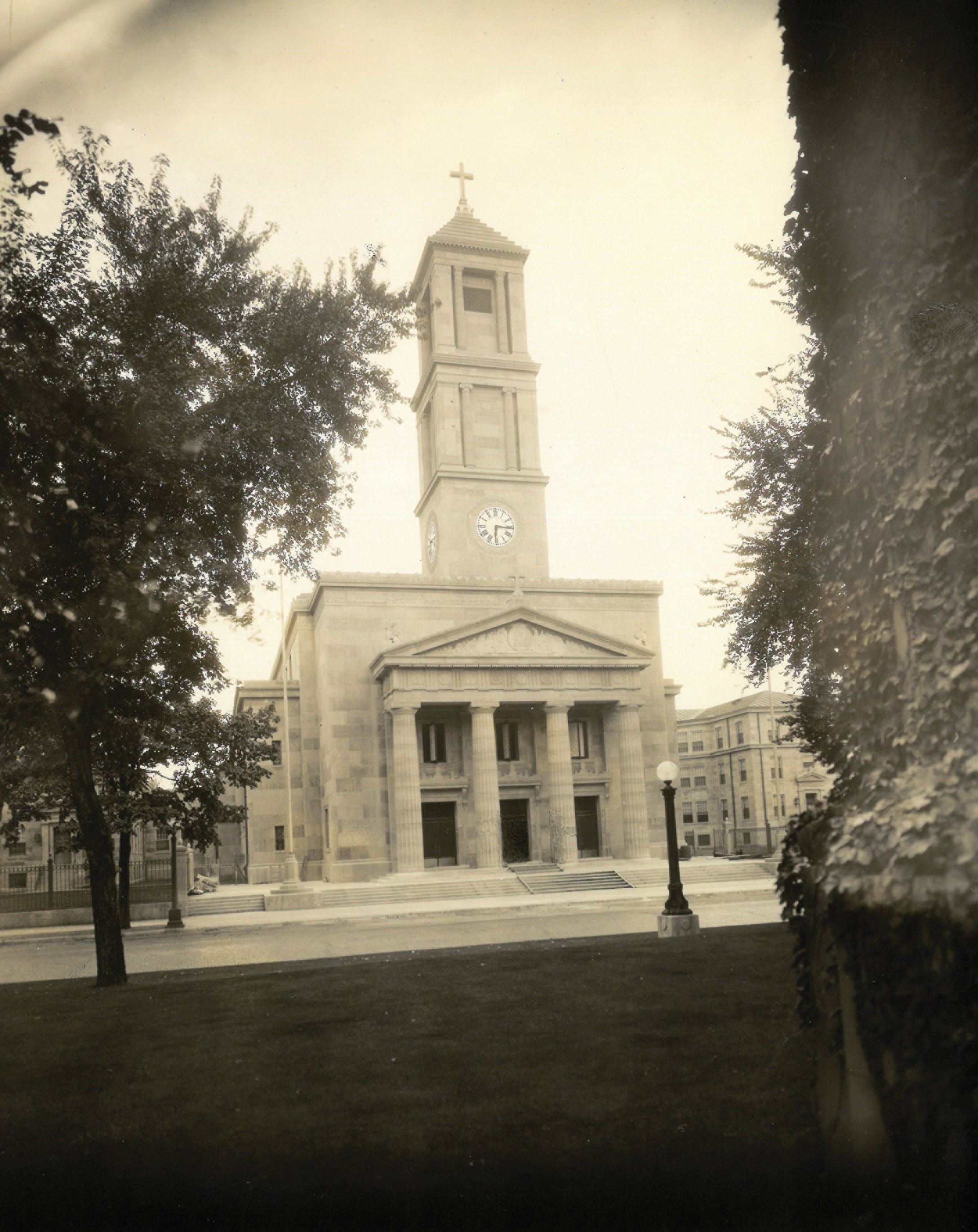 St. Mary Church in downtown Springfield became the pro-cathedral of the newly-formed diocese, but the building, which was built in 1859, was showing its age. In 1927, Bishop Griffin launched the Cathedral Campaign to raise money for the new building and within a month, the campaign had reached its goal of $750,000 and shortly thereafter, it topped the million-dollar mark. Bishop Griffin had timed the construction of the cathedral so that it would be completed in time for the celebration of the diocese's Diamond Jubilee. The Cathedral of the Immaculate Conception was dedicated on Oct. 14, 1928, as the highlight of the four-day festivities.

Bishop Griffin worked to centralize the administration of the diocese by creating several new offices. The creation of Catholic Social Services (now Catholic Charities) in 1925 exemplified his new management style. During the Great Depression, Catholic Social Services, in cooperation with St. John's Hospital, initiated a systematic program to feed the hungry. St. John's Breadline operated directly from the kitchen of the hospital at first, but eventually became a freestanding operation.

The death of Bishop Griffin on Aug. 5, 1948 marked a turning point in our diocese. He ushered the diocese into the modern era, but he could not have imagined the challenges that would face the Church in the coming decades.