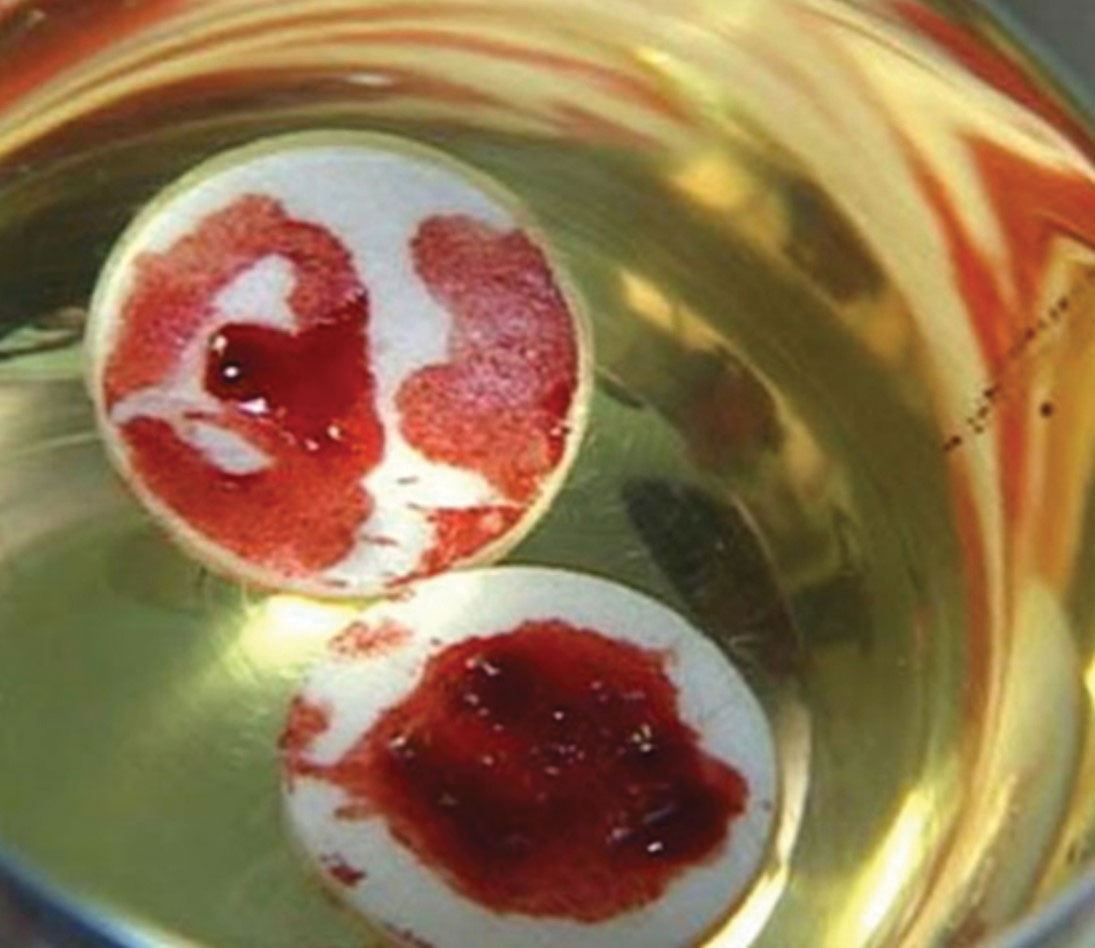 After Mass on Aug. 15, 1996 at a parish in Buenos Aires, Argentina, a woman approached the priest saying that she found a consecrated Host in the church. The priest — following proper procedures in such a case — placed the Host into a glass of water so it would dissolve and put the Host into the tabernacle. Days later, to the priest’s amazement, the Host appeared bloody and had a flesh-like appearance. 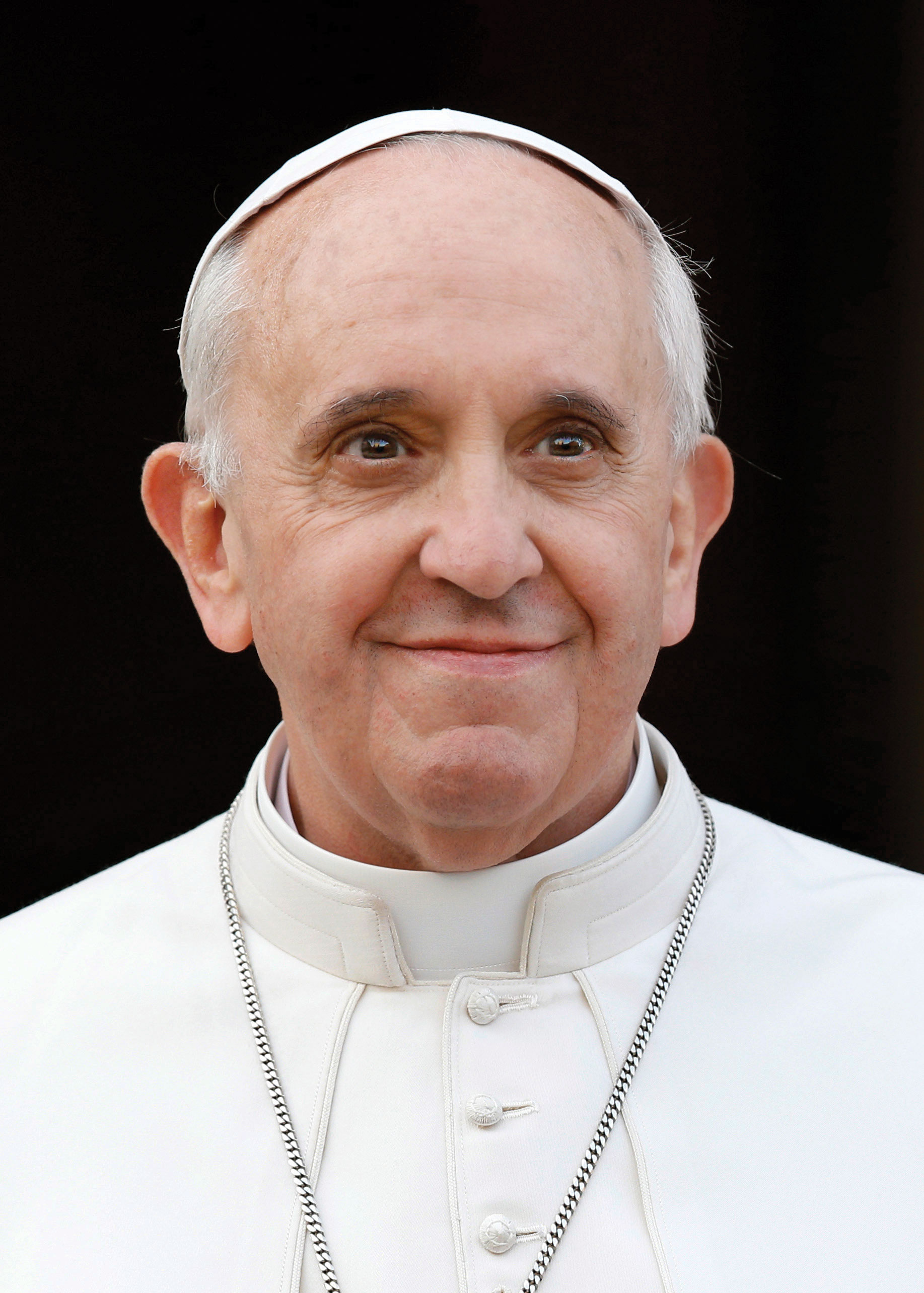 Then-Cardinal Bergoglio, now Pope Francis, who was Archbishop of the area at the time, was notified and had the host photographed, which clearly showed bloodied flesh that had somehow grown larger than the original Host. It was then placed back in the tabernacle and after several years, with no sign of decay, Cardinal Bergoglio officially opened an investigation. A sample of the blood was sent to scientists and doctors in the United States.

The experts, without knowing where the sample came from, issued their results that it was human flesh and blood. Moreover, cardiologist and forensic pathologist, Dr. Frederic Zugibe said that it was “a fragment of the heart muscle found in the wall of the left ventricle close to the valves.” In addition, it was concluded that “the heart had been under severe stress, as if the owner had been beaten severely about the chest.”

It’s important to note that after blood is drawn from a person, the white blood cells disintegrate after 15 minutes. Therefore, it’s scientifically unexplainable that in 2005, white blood cells were found in a blood sample from 1996. 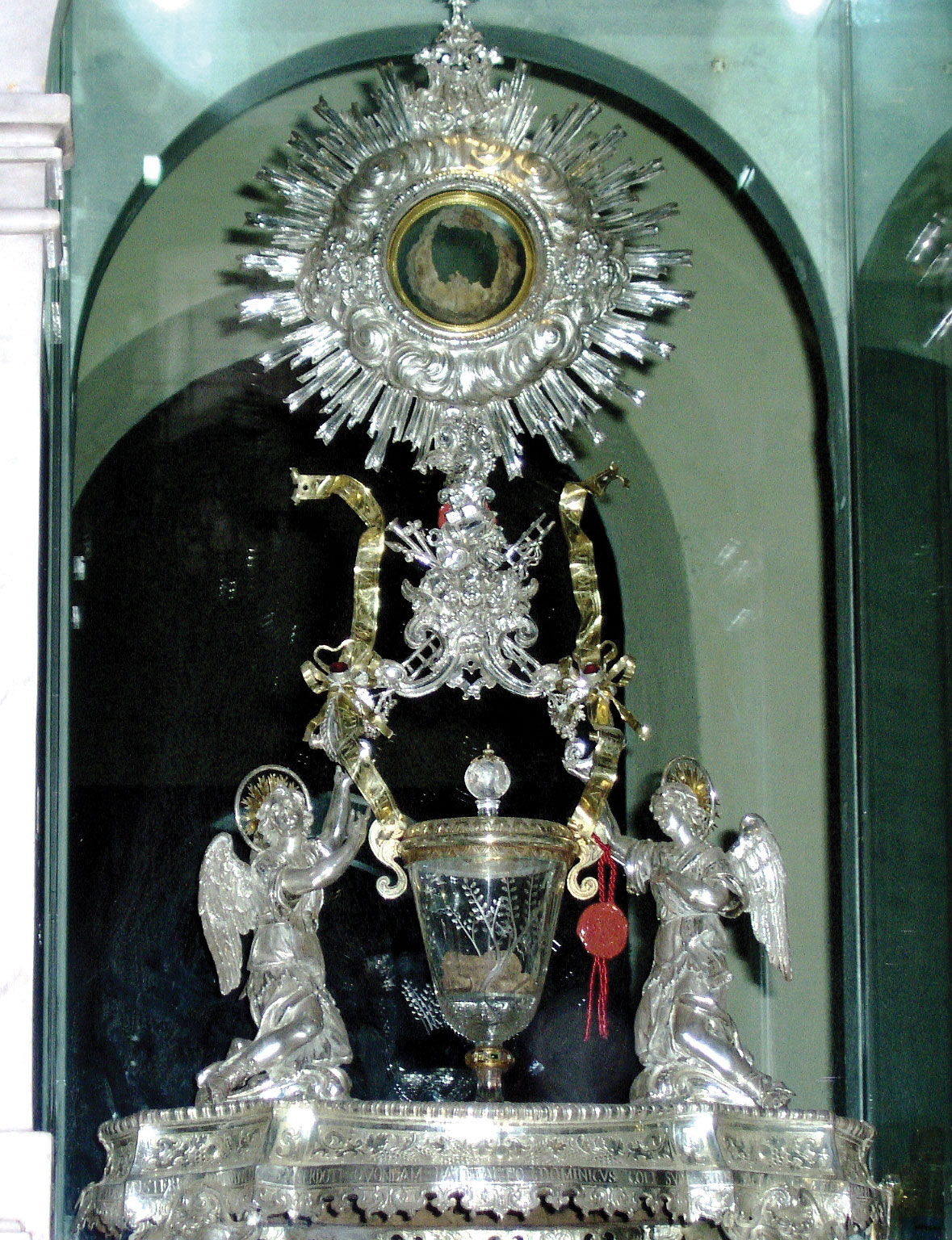 Those results were then compared to another Eucharistic miracle that occurred in Italy in the eighth century, when a consecrated Host physically changed into flesh and the wine physically changed to blood before the eyes of a priest who had doubted the true presence of Christ in the Eucharist. Those present at Mass also witnessed this. Today, despite no form of preservative, that host, which changed physically into flesh and blood is still present at a church in Lanciano, Italy and can be viewed.

When comparing a sample from the eucharistic miracle in Argentina to the one in Italy, it was concluded by scientists that both revealed “AB” blood type, both indicate it came from a man from the Middle East, and the DNA in both were identical.

What do these eucharistic miracles have to do with us today?

In 2019, the Pew Research Center conducted a survey and found with self-identified Catholics that 69 percent do not believe that during the consecration at Mass, the bread and wine become the Body and Blood of Christ. On the other hand, only 31 percent of Catholics believe Jesus is truly present in the Eucharist, something the Church joyfully teaches, and has taught from day one. The Church also says that the “Eucharist is the source and summit ecclesial life.” It’s worth noting the survey found that most Catholics who believe the bread and wine are only symbols don’t know that the Church teaches they are transformed into the very Body and Blood of Jesus Christ by the power of His own words.

“While the survey results are troubling, they are not all that surprising,” said Father Daren Zehnle, director of the Office for Divine Worship and the Catechumenate for the Diocese of Springfield in Illinois. “Even some of Jesus’ first followers questioned His credibility when He spoke about the necessity of eating and drinking His Body and Blood. He did not lessen the strength of His words but doubled down. The difference between some people today and those early followers of Christ, is that the early ones who did not believe Him had the integrity to stop following Him. They knew they had to follow Him on His terms, or not at all. Some people today, however, try to follow Jesus on their own terms and ignore what He says.”

Consider the evidence of the Church’s teaching on the Eucharist:

At the Last Supper, Jesus was also quite clear:

“While they were eating, Jesus took bread, said the blessing, broke it, and giving it to his disciples said, ‘Take and eat; this is my body.’ Then he took a cup, gave thanks, and gave it to them, saying, ‘Drink from it, all of you, for this is my blood of the covenant, which will be shed on behalf of many for the forgiveness of sins’” (Matthew 26:26-28).

“From the beginning of the Church, Christians have taken Jesus’ words at face value,” Father Zehnle said. “If we look at the writings of the Church Fathers, we find people like St. Ignatius of Antioch speaking bluntly about the Eucharist as the Body and Blood of the Savior. People who disagreed with them, they knew to be outside the communion of the Church.”

The Catechism of the Catholic Church is helpful in breaking this teaching down, saying, “The Eucharist is the memorial of Christ's Passover, that is, of the work of salvation accomplished by the life, death, and resurrection of Christ, a work made present by the liturgical action. It is Christ himself, the eternal high priest of the New Covenant who, acting through the ministry of the priests, offers the Eucharistic sacrifice. And it is the same Christ, really present under the species of bread and wine, who is the offering of the Eucharistic sacrifice” (CCC 1409-1410).

If what Jesus said 2,000 years ago doesn’t get the attention of non-believers, perhaps that’s why God allows these Eucharistic miracles to occur — a “wake up” call to the Gift in front of them.

“The challenge for all of us is to believe what Jesus says because He is the Way, the Truth, and the Life who cannot deceive us,” Father Zehnle said.