A phone call, an airport, and meeting Pope Benedict. The story behind Bishop Paprocki being named bishop of the Diocese of Springfield in Illinois 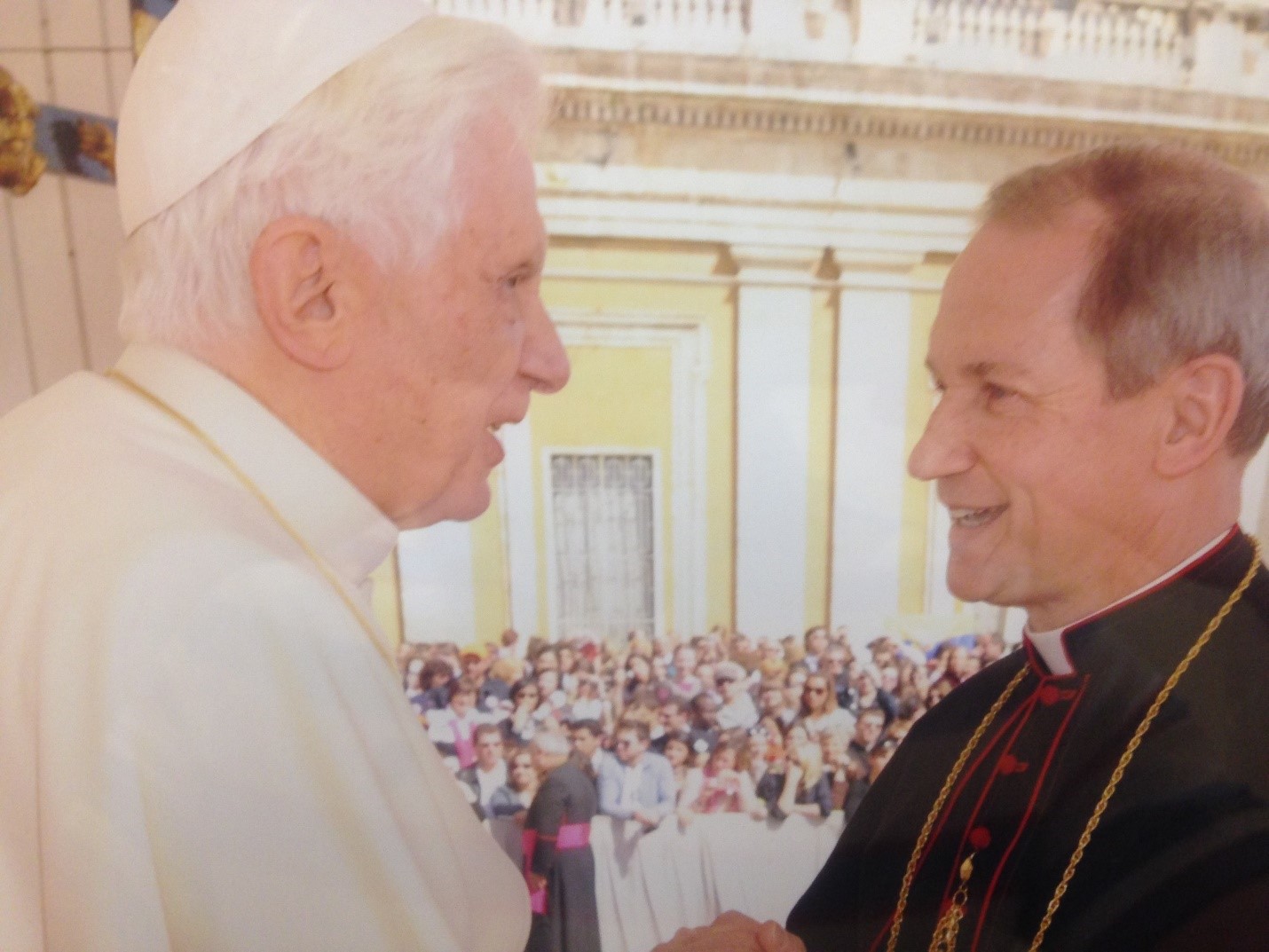 On Monday, March 29, 2010, I was on my way to O’Hare International Airport when I received a message that Cardinal Francis George, then Archbishop of Chicago, had called me. He knew I was on my way to Rome and wanted to talk to me before I got on the plane. I was in the car with another priest, and I did not know if the cardinal wanted to talk to me privately, so I waited until I got to the airport to call him back.

As soon as the priest dropped me off at the airport, I went inside and called the cardinal. He said, “Good, I’m glad I got hold of you before you took off. Can you talk?”

I looked around and said, “Well, I’m in the terminal at O’Hare, but I can talk. What’s up?”

Cardinal George, who was always right to the point without a lot of small talk, said, “The Holy Father is ap­pointing you to be Bishop of Springfield in Illinois.”

I had heard some rumors to that effect, but rumors are just that: rumors, so when you hear something officially, it still takes you somewhat by surprise.

After I told the cardinal that I was honored to accept the appointment, I said, “You know, I’m on my way to Rome, and I plan to attend the Pope’s General Audience on Wednesday. If I get the opportunity, should I say some­thing to the Holy Father about this?”

Cardinal George replied, “Well, it’s still under pontifical secret, so you would want to make sure no one overhears you.”

Sure enough, at the Pope’s General Audience that Wednesday morning, I was seated on the stage next to three other bishops near Pope Benedict XVI. There was only a small group of bishops present that day because all diocesan bishops were required to be in their own dio­ceses for Holy Week. As an auxiliary bishop at the time, I had the opportunity to go to Rome since Cardinal George would be taking all of the Holy Week and Easter liturgies at Holy Name Cathedral. Of the other three bishops at the General Audience, two worked in the Roman Curia and one was retired. Since I was youngest in seniority, I was last in line to greet Pope Benedict after he finished his talk.

When I walked up to the Holy Father, there was no one else nearby, so I introduced myself and said that I had just received word that he had appointed me to be Bishop of Springfield in Illinois. I thanked him for the appointment and for his confidence in me, assuring him that I would do my best to try to be a good bishop. He just smiled and nodded. But I do have a great photo of that moment with Pope Benedict XVI!