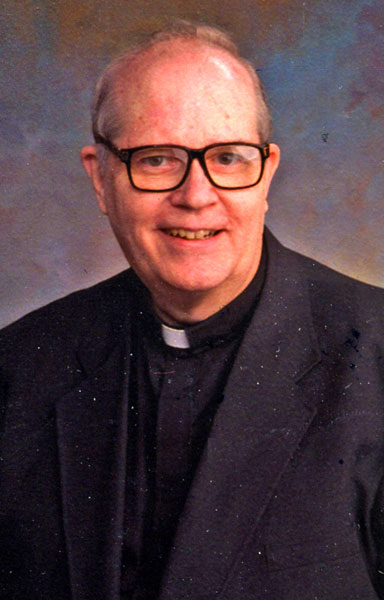 He was born on Jan. 7, 1933 in Chicago, son of the late George and Agnes Fitzmorris Pisors. After completing his novitiate year, he pronounced his first vows as a Cleric of St. Viator on Sept. 8, 1952. He was ordained on May 27, 1961 in Chicago by Bishop Cletus O'Donnell.

Father Pisors was a graduate of Fournier Institute in Lemont. He held a bachelor's degree in physics from Loyola University in Chicago, and a master's degree in physics from Northwestern University. Known to his friends as a "perpetual student," he did post graduate work in at least 15 other universities. He taught for one year at Spalding Institute in Peoria and for one year at St. Viator High School in Arlington Heights before beginning his long career in Springfield. For 44 years, Father Pisors devoted his life to the students at Griffin and Sacred Heart-Griffin High Schools where he taught physics and mathematics from 1962 to 2006. During those years, he directed many retreats, taught adult education courses in Sacred Scripture, and was spiritual director for many including several Dominican Sisters of Springfield.

The Mass of Christian Burial was celebrated May 1 at St. James Church, in Arlington Heights. Interment was at Queen of Heaven Cemetery, Hillside.

A memorial Mass will be held at 7 p.m. Thursday, May 7, at Sacred Heart Griffin High School- Dominican Hall, 1200 W. Washington St. in Springfield.

Lauterburg and Oehler Funeral Home, Arlington Heights, was in charge of arrangements.