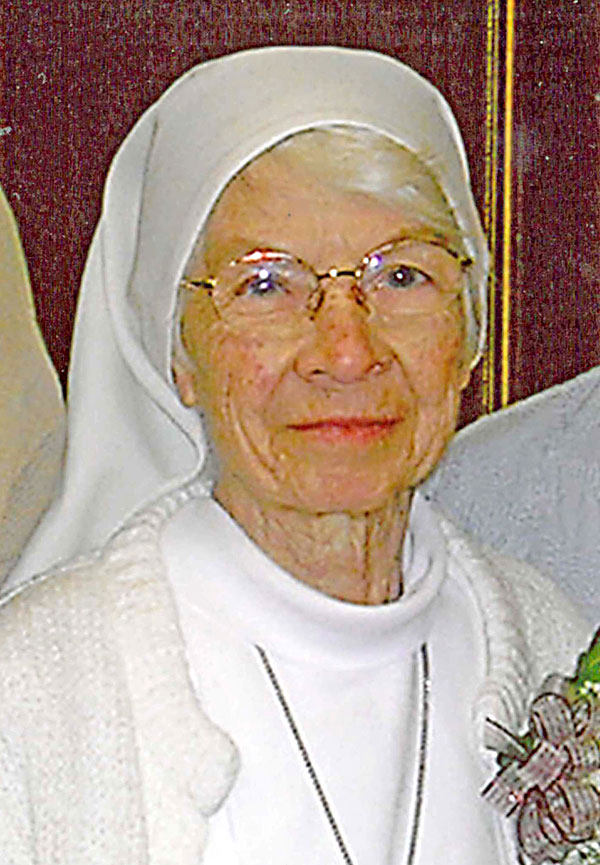 The daughter of Charles R. Ketterer and Helen Burtle Ketterer, she was born April 18, 1914, in Springfield.

She began her training as an Ursuline Sister in 1932 in Alton and made her first vows on Jan. 17, 1935. She received a bachelor of arts in music from the American Conservatory of Music.

During her many years of service, Sister Ernestine was a music and classroom teacher in several Springfield schools, including the former Ursuline Academy, Blessed Sacrament, St. Aloysius and St. Joseph. She also taught at Ascension School in Oak Park and in Laredo, Texas.

Her many roles in the Ursuline community included assistant novice mistress in Crystal City, Mo., and prioress in Springfield. In 2005 she celebrated the 70th anniversary of her vows as an Ursuline Sister and joined the Queen of Peace healthcare community in Alton.

Sister Ernestine gave her body to the St. Louis University School of Medicine. A memorial Mass celebrating her life will be held at 10:30 a.m., Friday, May 8, in the Ursuline Convent chapel, 845 Danforth St., Alton, with Father Joseph Havrilka presiding.

Memorial contributions may be made to the Ursuline Sisters of the Roman Union, 353 S. Sappington Road, St. Louis, MO 63122.