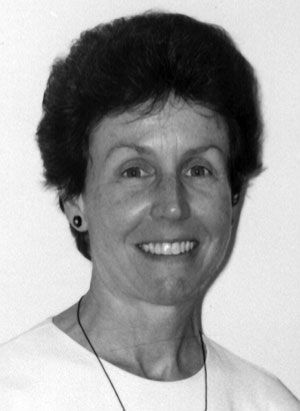 Sister Carol was born and raised in Belleville. She entered the congregation of the School Sisters of Notre Dame in 1967 and professed her final vows in 1976. She earned a master of science in education science in 1982 from Creighton University in Omaha, Neb., and a bachelor of science in chemistry from the former Notre Dame College in St. Louis in 1971.

Sister Carol was in education for 28 years at schools in Missouri, Illinois and California. She began teaching in 1971 at St. Peter in St. Charles, Mo. She taught secondary students at Quincy Notre Dame High School in Quincy from 1973 to 1977; St. Anthony High School in Effingham from 1977 to 1986; and Our Lady of Loretto-Bishop Conaty High School in Los Angeles from 1986 to 1999.

Sister Carol was in leadership as a member of the provincial council for the St. Louis Province of the School Sisters of Notre Dame from 1999 to 2007. She was currently on sabbatical at the SSND motherhouse.

During her eight years of provincial leadership, Sister Carol was an active member of Region X of the Leadership Conference of Women Religious, serving as secretary for three years. She served on the board of Marian Middle School, and she was active with the Intercommunity Ecological Council and Metropolitan Congregations United in St. Louis.

Sister Carol is survived by her father, Raymond Reeb, of Wichita, Kan.; three sisters, Sue Willhite of Leon, Kan., Rosie Brungardt of Wichita, and Barbara Bergman of Overland Park, Kan.; and a brother, Richard Reeb of Madison, Wis. She was preceded in death by her mother, Helen Reeb.